Analysts and bloggers have been all over Apple’s new iPad Pro. Headlines scream “It’s a Laptop Replacement!” or alternatively, “iPad Pro Will NEVER Replace my Laptop!”.

What’s a person to think?

Well, of course, the answer is somewhere in the middle.

END_OF_DOCUMENT_TOKEN_TO_BE_REPLACED

Apple just announced that iPad Pro is available for ordering Wednesday. I think it’s going to be a huge success, but I am a little concerned about one thing: Where are Apple’s pro apps?

But for it to be successful, it certainly needs apps that take advantage of its hallmark features for professionals, such as Pencil and its new keyboard cover (a first for iPads and, I predict, will not be shared with smaller iPads).

But is Apple going to leave the pro apps to third parties like Microsoft and Adobe?

END_OF_DOCUMENT_TOKEN_TO_BE_REPLACED

Your business or enterprise has an iOS app for iPhone and/or iPad, and you’re intrigued by the new app support on Apple TV and tvOS. Should you port your app to tvOS?

It seems like a fairly easy decision. Despite its different name, tvOS is very similar to iOS and has many of the same foundational building blocks. Much like Apple Watch and watchOS, Apple TV and tvOS allow you to build much of your app without changes.

But there are both technical and user experience reasons that feed into the decision on whether to port your app.

END_OF_DOCUMENT_TOKEN_TO_BE_REPLACED

Apple did something very un-Apple-like for the debut of Apple TV. About 6 weeks before the Apple TV debuted, Apple held a lottery and sent some (many?) iOS developers a genuine 4th edition Apple TV for testing. For just a buck. This allowed developers to use a real TV and a real Siri Remote during development. 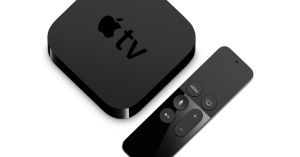 This may not seem like a big deal, since Apple provides simulators for iPhones, iPads, Apple Watches, and Apple TVs. But it was clear with the launch of the Apple Watch that not having a real device with a new user interaction model was a handicap to many developers.

The initial batch of Apple Watch apps were, well, let’s just say uneven. Now there were some technical reasons for that beyond developers’ control but, still, not having a Watch handicapped many an app.

Was the launch of Apple TV any different?

END_OF_DOCUMENT_TOKEN_TO_BE_REPLACED

There’s been a lot of hand-wringing about the lack of web view functionality on the new 4th generation Apple TV. If your company is planning a tvOS app, you may be concerned that there is no way to display HTML on the new Apple TV because it doesn’t have a web browser. Even though many iOS apps don’t display a browser window per se, they do use a “web view” to show static but highly formatted HTML text. It’s just a lot easier than creating “attributed text” by hand or a complex series of labels in your app.

Well, fear not, because this is very possible on tvOS. 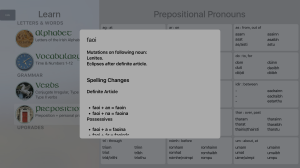 I’ll explain how my app Greann Gaeilge did just that.